The 6 Disadvantages of Owning a Business

At some point, you might have imagined establishing your own business. No pressure from management. No exhaustion doing the many menial tasks you have to finish. No one bossing you around. It’s all glitz and glamor, retire-at-thirty’s kind of happy life, you might think.

That’s what people who are successful seem like, right? But, behind the bright smiles of the rich businessmen comes the already unhidden truth about being an entrepreneur – it is not that easy. Here’s a list of the six common disadvantages of owning a business:

1. All Responsibilities are on You

One should be responsible for one’s own work. But, this is much expounded in the management of one’s own business. Those menial tasks that you hate? You will still need to do them – and even more.

In your own business, you will have to do accounting, marketing, and producing all by yourself, until you gain enough resources to hand these tasks over to other people. Then when you achieve this, you are still responsible for the outcome regardless if it is done by other people.

The greatest disadvantages of own business deal with uncertainty in the paths to take and the time needed to go through them.

Once you start your own business, first you will realize that you can take it to infinite ways. Then, you will find out that there’s an infinite number of outcomes it can end up with. And finally, you will see that most of the endings aren’t that pretty.

It’s a narrow gate that only a few can find, and behind that a difficult path that even fewer can go through.

Naval Ravikant, an entrepreneur, said that you need to “Learn to sell, learn to build. Learn both and you will be unstoppable.” Building and selling are easy words, but they are easier said than done.

Building, for example, is an act of a creative mind, which is something one must practice from the onset of when his genius arises until the present. It is something you must put a lot of effort, time, and resources to hone, which can easily equate to your whole life.

And now, you also need to learn how to sell. Communication is key to all human endeavor, especially in businesses. There’s a lot of trust that needs to be built, a lot of respect that needs to be earned, and it can only be done through talking with each other.

Being an entrepreneur, you have to present not just your own business but also yourself with integrity. Without this, your business can never grow, neither can you.

A famous example of superposition between the positive and negative status of the unknown is Schrödinger’s cat. Simply stated, a cat is in a box, and the question is, “Is the cat alive or dead?” And the answer is, “Either or – it’s only possible to be certain upon finally opening the box.”

This can also be said about owning a business. Will it prosper? Will it fail? The answer is, you can only know if you try. Being an entrepreneur opens the possibilities of abundant life to you, but it also opens up life’s grave state.

You have to be determined to accept either result. But, be decisive. If you don’t open the box quick enough, well, the cat will surely be dead.

5. Counting the Chickens before They Hatch

There are lots of reasons why you would want to be an entrepreneur. One of which is the promise of providence it entails. And, it does entail a promising and wealthy life.

But a common misconception surrounding wealth is “More=Happy”. That is not the case. It’s proven in psychology that your gratitude of wealth does not increase after your income can keep the bills at bay – more than that does not give you a greater sense of well-being.

If you want to start your own business because of the abundance of money it promises, you are starting on the wrong foot. A safer, better mindset is set not on income but outcome.

6. A Lot of Failures, in Quantity and Quality

With an infinite number of possible endings, one can deduce that the disadvantages of owning a business lean on possible failures. Countless times you hear a lot of start-ups going down before they can even grow.

Thus, it isn’t stretching too much if you expect failures upon failures of the venture you want to pursue.

And if you do manage to found your business, keeping it afloat is in a whole other thing. There, you have to keep your clients and your suppliers well-treated, lest they abandon you at the snap of a finger and bring down half of what you have made.

A common rule in business management is the “80-20 Rule”, stating that around 80% of your income and supplies will come from 20% of your clients and suppliers, respectively. One mistake against this 20% would prove fatal, as it will affect 80% of your business.

Keeping these in mind, you can see why only a few ever succeed in business. Comparing entrepreneurship against regular office work, it is safer to live in an established company than founding a new one.

But it begs the question, “Why are there still so many who aspire to be an entrepreneur?” One answer is that they might be naive, not knowing the many, many hurdles they could encounter along the way, like the six disadvantages of owning a business listed here.

And usually, they are the ones who fail miserably.

Then, what about those who continue? Why sacrifice resources – including one’s life – in pursuit of something difficult to obtain? The answer may lie in one of man’s fundamental properties – being exploratory.

Your fulfillment lies in the fact that you keep moving toward your goals, and then reaching them. Having your own business, keeping it, and making it grow, is not that easy. True. But, then again, nothing worthwhile is. So, keep in mind those six disadvantages of owning your business but don’t be afraid of trying new things and improving your life.

Be aware of what can go wrong and what isn’t easy about having your own business, but at the same time don’t let the fear to paralyze you and stop you from achieving your goals.

Top 5 Worst Habits You Do at Work (And How You Can Break Them).

GET 20% OFF NOW!
Please enter your name and email to receive 20% discount code.
Click here to submit!
Thank You!
Please check your email and click the link to activate your subscription.
If you don't see that email in your inbox shortly, check your spam folder.
Mastery Prestige
×
Sign Up and Get 10% OFF!
Make sure you never miss our new products, special offers, discounts and free gifts!
SUBSCRIBE!
×
Want more?
If you liked this article and want to receive information about new articles plus our best offers and bonuses, please leave your name and email below.
Submit! 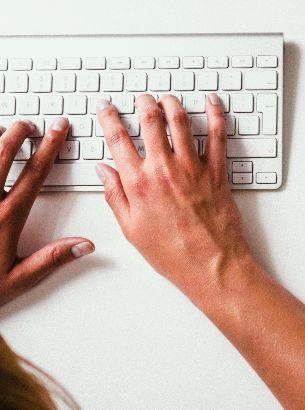